Davis Insurance is a father-daughter team of Ron Davis and Andrea Davis-Winkler with offices in Illinois and Arizonia.

When the Medicare Modernization Act of 2003 was starting to be implemented in 2005. Ron was offered a position at Humana and helping seniors. Ron worked for Humana in Illinois from 2005 to 2010 and then transferred in 2010 to Arizona with Humana. He worked in Arizona for Humana until September 2012 and decided to start his own agency in Arizona as a broker, contracted with all the major health companies.

When Ron left Illinois in 2010, his daughter, Andrea Davis-Winkler, took over his Illinois book of business with Humana. Then in 2012, Andrea decided to join Ron as an independent broker in Illinois and Davis Insurance was born. Together Ron and Andrea have helped 1000’s of people understand the different opportunities they have with Medicare and health insurance. With offices in both Arizona and Illinois, Davis Insurance can guide people through the complex system of healthcare and Medicare Insurance.

Both Ron and Andrea enjoy working with the senior market and take pride in helping each client. Remember, We Are Here For YOU! 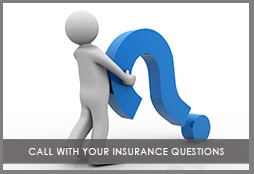